Products commonly used as feed ingredients that are derived from unused parts of other animals, for example meat and bone meal, feather meal and/or manure, eggs, and hatchery waste.

Animal by-products are commonly defined as parts of a slaughtered animal that are not directly consumed by humans. This includes fat, bones, and gelatin. The vast majority of this material is ‘rendered’ or processed to produce a ground meal which is used in the formulation of animal feed to improve protein levels. A Greener World’s Animal Welfare Approved standards prohibit the feeding of both meat and animal by-products to ruminants (animals like cows and sheep) because of the potential health risks to both humans and animals. The program also has strict limits on what can be fed to monogastric animals such as pigs and poultry.

Scientists have linked a number of major animal disease outbreaks to the feeding of meat and animal by-products to farm animals. The most notorious example is bovine spongiform encephalopathy (BSE or ‘Mad Cow Disease’) – and the related human disease, Creutzfeldt-Jakob disease (or CJD) – which resulted from the feeding of meat and bone meal back to cattle. Other examples include cases of swine fever and foot and mouth disease linked to feeding infected meat products. There is also the risk of transmission of bacteria, such as salmonella, that may be harmful to human health.

A Greener World (AGW) recognises that monogastrics such as pigs and chickens are omnivorous and would often eat insects and worms in the wild, as well as scavenging dead animals. AGW therefore accepts the unintentional but natural consumption of insect or animal products by pigs and poultry while out on the range. However, the human and animal health risks associated with feeding meat and animal by-products from slaughter to animals are very well documented, and we cannot therefore allow their use in feed for ruminants and place strict limits on what can be fed to pigs and poultry.

Fishmeal is commonly used in the formulation of livestock feed for both agriculture and aquaculture, and can provide a highly digestible source of protein and amino acids for pigs and poultry. However, although fishmeal is not a by-product from slaughter animals, its growing use in animal feed presents challenges from an environmental perspective. Most fishmeal is not produced as a by-product of catching fish for human consumption, and millions of tons of fish – including menhaden and other valuable prey species such as sand eels – are harvested each year for processing into animal feed. Together with a number of key marine conservation bodies, AGW believes that this practice is not sustainable and is potentially damaging to the marine environment, and we therefore do not allow the use of fishmeal from non-sustainable sources. Any fishmeal or aquatic products used to feed pigs and poultry must come from sustainable sources with a valid certificate of sustainability and be derived from species caught or farmed for human consumption. AGW completely prohibits the use of fishmeal, meat and animal by-products for ruminants—they are not nutritionally necessary and would never be eaten naturally.

Consumers are quite rightly becoming more concerned about the food they eat, and the implications of the production methods used – including what the animals have been fed. A Greener World’s standards on animal by-products are grounded in science and best practice to ensure animal health, welfare and nutrition, support sustainable sourcing and protect public health. 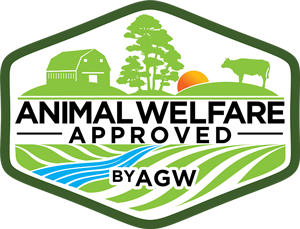